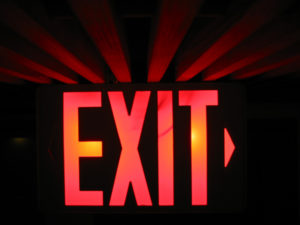 HarbourVest Global Private Equity Limited had record realisations in the first six months of the year ended 31 July, with a large contribution from secondaries, according to a report from the firm.

This compares with total realisations from its secondaries funds of $16.6 million in the same period last year and $37.7 million for the full year ended 31 January.

HVPE also grew its portfolio by 6 percent, or $84 million, in the first half of the year, mainly driven by its secondaries investments, which outperformed the primary fund portfolio.

During the first six months, HVPE also invested $29.3 million in Dover VIII, representing all its investment within secondaries funds for that period. The investment was to fund the purchases of venture and buyout assets in the US, Europe, Asia Pacific and emerging markets.

That’s up from $19.4 million for the same period in 2014. For the financial year ended 31 January, it invested $42.4 million in secondaries funds. HVPE also invested more than $72 million in various fund of funds that have the capability to invest in secondaries.

Meanwhile, HVPE’s HarbourVest fund of funds and secondaries funds made $83 million of new commitments in eight secondaries investments in the first half of the year.

As of 31 July, secondaries represented about 36 percent of the HVPE’s investment portfolio net asset value, compared with 49 percent within primary investments and 15 percent in direct investments.