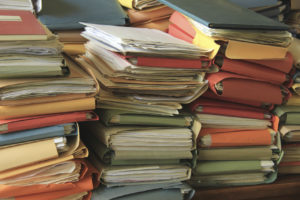 Fund of funds manager HarbourVest Partners is seeking to hire an associate for two to three years in its London office to focus on secondaries deals, according to its LinkedIn page.

The associate will work within the secondary investment group and will evaluate and execute secondary market investments, including buying limited partnership interests in venture, buyout, and mezzanine funds, undertaking direct secondaries deals, and working on and structured secondary deals.

The main duties of the role include investment analysis, due diligence, investment recommendation, negotiation, coordination of the closing process, and investment monitoring.

HarbourVest requires two to three years’ experience of bulge-bracket investment banking, top-tier consulting experience or other private equity-related business, according to the description. The position is for a 2016 start and candidates should apply before the end of the month.

The Boston-headquartered firm is investing out of its eighth dedicated secondaries fund and currently has more than $3 billion of available capital to invest in new secondaries deals, according to the job description. It is currently raising Dover Street IX, Secondaries Investor previously reported.

HarbourVest has hired five investment professionals in its London office this year, according to its website.

In early November, HarbourVest announced it had promoted 12 professionals including three who focus on secondaries. The firm’s London offices employs 28 professionals, with more than 80 investment professionals globally across its Boston, Hong Kong, Tokyo, Bogotá, Beijing and London offices, according to its website.