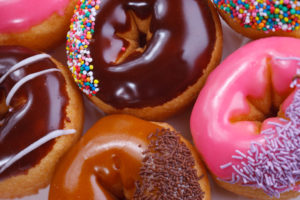 HarbourVest Partners has picked up three separate stakes in a 2007-vintage debt fund that has made investments including in doughnut retailer Krispy Kreme UK.

The stakes represented around €42 million in original commitments.

Indigo V is London-based credit investment firm Indigo Capital‘s fifth fund and has made 22 investments to date, according to the firm’s website. The firm provides mezzanine and junior-ranking capital to private European companies and has not made investments nor raised a successor fund since Indigo V, according to its website.

HarbourVest committed an undisclosed amount to Indigo V in 2007, according to PEI data. West Midlands’s commitment was £12 million ($16 million; €14 million) and SUVA’s commitment was not clear.

West Midlands manages £11.7 billion in assets and allocates almost 12 percent of its portfolio to private equity, according to its website.

SUVA manages $52 billion in assets and allocates 6 percent of its portfolio to alternative assets, according to PEI data.