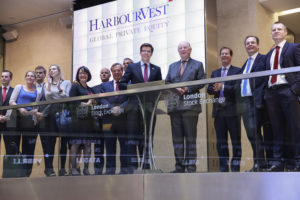 The board expects to make “one or more” new appointments within the next twelve months, with “one or more” retirements to follow, Bunbury wrote in his chairman’s statement dated 26 May.

The current board has seven members, of which five founding directors will have served for nine years by later this year. All directors will put themselves forward for re-election at the annual general meeting to take place in July, Bunbury said. Investment manager HabourVest will propose the re-election of directors Brooks Zug and Peter Wilson.

HVPE received a record amount of realisations in its financial year ending 31 January 2016 and totaling $362 million, the highest level since inception, it said. The firm averaged 42 liquidity events a month. These included $68 million from HarbourVest VIII Buyout and $32 million from Dover Street VIII, a global secondaries vehicle.

HVPE expects to fund its ongoing commitments with cash received from realisations, including partially funding $526 million committed to newly-formed HarbourVest funds last year. Its commitments include $232 million to HabourVest X Buyout, a US fund of funds, and $118 million to its US venture fund of funds.

The firm had a pipeline of future commitments of $1.2 billion at the end of its financial year in January, it said.

The listed vehicle invested $211 million over the course of the year, including $43 million to Dover Street VIII and $27 million to HarbourVest Global Annual Fund, a global, multi-strategy fund of funds.