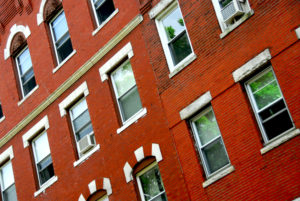 HarbourVest Partners‘ latest real assets secondaries fund has received a commitment from a US public pension, bringing the vehicle closer to its $700 million target.

Ventura County Employees Retirement Association‘s board of retirement approved a $50 million commitment to the 2018-vintage Real Assets Fund IV on the recommendation of investment advisor NEPC, according to documents prepared for its 15 July meeting. It is the West Coast pension’s first dedicated real assets commitment.

Secondaries Investor reported in May that HarbourVest was in market with Real Assets Fund IV, which will make secondaries, co-investments and opportunistic primary investments in energy, power, infrastructure and natural resources sectors.

Fund IV held a $198 million first close at the end of June, the VCERA documents note. It is targeting a net internal rate of return of 17 percent and a multiple of 1.7x. HarbourVest can apply leverage of up to 50 percent of aggregate capital commitments at portfolio level.

Real Assets Fund III raised $366 million by final close in 2017, Secondaries Investor reported. As of 31 December, it was 77 percent committed and delivered net IRR of 36.5 percent and a net multiple of 1.3x.

Fund IV has a preferred return of 8 percent, up from 7 percent for its 2016-vintage predecessor, and carried interest of 12.5 percent, up from 10 percent last time around, Secondaries Investor reported.