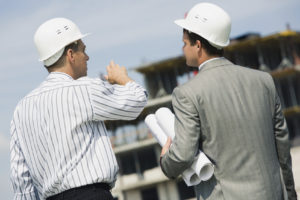 HarbourVest Partners has acquired stakes in Australia-based Ironbridge Capital’s Fund II from Portfolio Advisors and a group of Asian banks, according to a UK regulatory notice.

Last May, Secondaries Investor learned HarbourVest was working on a restructuring process for Ironbridge. The firm planned to offer limited partners in Ironbridge Fund I and Fund II the option of leaving or joining a newly capitalised vehicle.

The Norinchukin Bank, a Japanese cooperative bank that services agricultural, fishing and forestry co-ops was also part of the group of sellers in the HarbourVest deal, according to the regulatory filing.

Both HarbourVest and Portfolio Advisors were unavailable to comment by press time.

Ironbridge Fund II closed on AUD $1.05 billion ($990 million; €760 million) in 2006. Other limited partners in the fund include Liberty Mutual Insurance and Adveq, according to PEI data.

Ironbridge has been attempting a restructuring of its funds since early 2013 after interest for a proposed $1 billion Fund III failed.The firm has struggled with some of its investments, including New Zealand-based MediaWorks which was placed in receivership with a financial advisory firm because of its overwhelming debt burden, Secondaries Investor’s sister publication Private Equity International reported last year.

Ironbridge was listed on Setter Capital’s list of the most sought-after Asian funds for the second quarter this year. The firm was ranked ‘very good’ and had 20 or more interested buyers, according to the rankings.

Ironbridge did not return a request for comment by press time.

HarbourVest acquired the Ironbridge stake using capital from several funds, including its Dover Street VIII, a secondaries vehicle that closed on $3.6 billion in June 2013. Other funds include the firm’s $1.4 billion Fund IX-Buyout Fund and Fund XI’s venture and credit opportunities vehicles.

Meranti Holdings, a Hong Kong joint venture, was also involved as a buyer in the transaction, according to the regulatory notice.