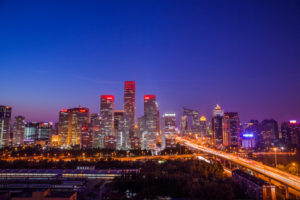 Hao Capital hired Lazard at the beginning of the year to help it restructure its 2008-vintage fund, Secondaries Investor has learned.

The China-focused and -based private equity firm wants to explore options to move assets from its $400 million Hao Capital II fund into a new vehicle, according to four sources familiar with the matter. Global buyers including HarbourVest Partners and Pantheon as well as regional Asian secondaries firms looked at the deal, the sources said.

It is unclear what stage the process has reached. Some of the sources indicated potential buyers were not able to agree on pricing around two months ago, while others said the deal is ongoing.

“It certainly wasn’t going according to plan,” one of the sources said, adding that concerns around valuations at the asset level of the fund made progress difficult.

With the exception of spin-outs, Asia has yet to see a successful GP-led restructuring close involving assets moved into a new vehicle with the manager staying on, market sources said. In January, Hong Kong-headquartered mid-market firm Olympus Capital Asia hired Lazard to help it run a price discovery process on it $750 million 2007-vintage Olympus Capital Asia III fund, as reported by Secondaries Investor.

That deal, which would have led to limited partners receiving liquidity in a GP-led process, fell through in April over pricing.

The Hao Capital II deal involves around $200 million in net asset value, two of the sources said. The fund holds eight assets, all based in mainland China, and two of these assets were mainly interesting to buyers, one of which is Buchang Pharma, one of China’s leading traditional Chinese medicine companies, according to the same two sources.

Buchang, which was also backed by Morgan Stanley Private Equity Asia, received approval from the China Securities Regulatory Commission on 13 July to list on the Shanghai Stock Exchange’s A-share market, according to an announcement on the commission’s website.

Investors who originally committed to Hao Capital II include Italian coal supply services company the Coeclerici Group, according to its 2010 annual report.

Concerns around valuations are more pronounced in Asia than in the US and Europe, making GP-led deals more difficult to close, one of the sources said.

“When you’re looking at Asian transactions, you’re looking at quite different discount levels and that might not be reflective of anything other than people’s perceived risk of this region,” the source said. “When you get to pricing levels which are meaningfully below that high 80s to low 90s level, it becomes very difficult for selling LPs or even the GP to be able to put their foot down and say this is something we can do.”

Founded in 2006, Hao manages $600 million in assets across three funds and has an office in Hong Kong in addition to its Beijing headquarters, according to its website. The firm focuses on healthcare, industrial and consumer investments and has 11 investment professionals including two advisors.