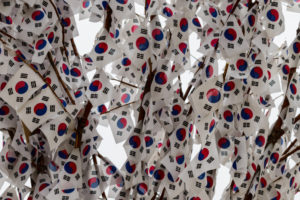 Alternative asset manager Hamilton Lane has opened an office in Seoul as it expands its presence in the Asia-Pacific region and deepens its ties to the South Korean market, according to a statement.

The firm has plans to expand the office with one or two new hires in the medium term, Hamilton Lane told sister publication Private Equity International in an email.

The move comes a year after Hamilton Lane closed a sizeable transaction with the National Pension Service of Korea, which committed about 400 billion Korean won ($342 million; €320 million) to Hamilton Lane’s Co-Investment Fund III. In June 2015, the firm held a final close for its Fund III at $1.5 billion.

Hamilton Lane’s Seoul office will be led by Steve An, who will relocate from the firm’s Hong Kong office.

An is a South Korean national who joined Hamilton Lane having worked at Neuberger Berman and Mercer Investment Consulting. He brings extensive experience in the private equity industry with a focus on Korea, the firm said.

He will lead client support and business development at the Seoul office. Mina Kang, another South Korean national and analyst at Hamilton Lane, will be supporting the Seoul office from Hong Kong.

“The main driving factor to open an office in Korea is that Hamilton Lane always seeks to be close to clients, so whenever we add a cluster of two to three sizeable clients, we end up opening a client support office,” said Juan Delgado-Moreira, managing director for Asia and head of international at the firm.

“We have significant investments in Korea and have seen attractive co-investment deal flow. We consider Korea as an attractive market in Asia and hope that being on the ground will facilitate deal flow.”

Delgado-Moreira added that Hamilton Lane will likely invest in the technology, manufacturing and consumer sectors in Korea.

He first mentioned the move in an interview with PEI in September.

“Hamilton Lane is committed to growing our already extensive global footprint and providing on-the-ground resources to our clients,” said Mario Giannini, chief executive officer of Hamilton Lane in a statement. “Our Seoul office is another example of meeting both of those goals.”

The firm is in market with its Hamilton Lane Secondary Fund IV at a target of $1.2 billion, according to PEI Research & Analytics.