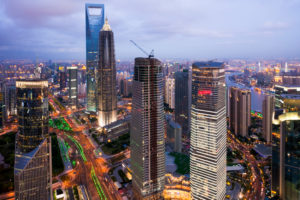 “On the business side, Hamilton Lane already has a big LP base in Asia but we want to grow that,” Xia said. “Chinese insurance companies will be a very big source of private equity capital in the next five to 10 years.

“They may have short-term challenges such as the stemming of capital outflows by the government with banks restricting dollar purchases of Chinese residents (Chinese residents are only permitted to buy up to $50,000 annually), but we think from a long-term view Chinese insurers will indeed continue to make investments outside of the country – in private equity, private debt, and infrastructure, among others.”

The alternative asset manager, which has over $314 billion under management and advisement, appointed three new managing directors in Asia this year amid plans to expand its business operations in the region. The firm also launched its twelfth office in Seoul, South Korea late last year.

Along with the final close on its Strategic Opportunities Fund 2016 on $210 million, which exceeded its initial target of $150 million, the firm also closed its largest ever private equity fund of funds on $516 million this year.

Hamilton Lane is also seeking $1.3 billion for Hamilton Lane Secondary Fund IV and had raised $229.4 million in a first close as of January.

Areas where Hamilton Lane has been making significant investments lately have included private debt, energy and healthcare, while the group continues to favour country specific funds.

Xia explains that Japanese and Korean insurers have moved earlier into private equity than in China because they have lighter regulation and the market is more mature. “Chinese insurers are little bit behind, but they are getting aggressive; this trend is very clear and we are seeing bigger cheques being written.”

In July this year, China Life Insurance, the country’s biggest life insurer, told PEI it would invest up to five percent of its 2.4 trillion yuan ($357 billion; €325 billion) portfolio in private equity in the next year, to invest in buyouts and co-investments in developed countries. Meanwhile Ping An Insurance joined a consortium of Chinese investors and backed UOB Venture Management’s 100 billion yuan Sino-Singapore Connectivity Private Equity Fund.

Xia points out that Chinese insurers are still in the early stages of developing their private equity programme yet many of them think they can do direct investing by themselves. “However in the future, I think they will figure out fund investments will be more important for them to deploy massive amounts of capital with better managed risk.”

“There’s a different dynamic at work with direct investing and if you don’t have the same expertise as private equity funds, you make costly mistakes. It’s a learning curve but we think this is a big market opportunity for us,” Xia said.