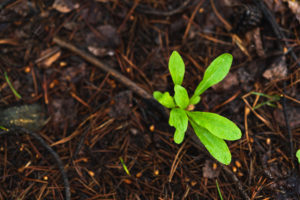 Greenspring Associates has held a first close on its fourth dedicated secondaries fund, which is targeting 85 percent more than its predecessor.

Greenspring Secondaries Fund IV has raised $104.45 million from three separate vehicles, according to a filing with the US Securities and Exchange Commission. Secondaries Investor reported in August that the fund had been launched in June and was targeting $600 million.

One participating investor is Metropolitan Government of Nashville and Davidson County Employees’ Benefit Trust Fund, which committed $17.2 million, according to Secondaries Investor data.

The vehicle’s immediate predecessor, Greenspring Secondaries Fund III, was launched in 2017 and sought $325 million. It is unclear how much it raised by final close.

In May, sister publication Buyouts reported that Greenspring had led the restructuring of Altos Ventures’ fourth fund, an $86.5 million 2008-vintage venture capital vehicle. Investors were given the chance to sell all or part of their holdings to Greenspring or roll into a continuation vehicle. The deal was worth $450 million, including follow-on capital.

Greenspring’s secondaries funds invest in limited partnership interests in VC funds and direct secondaries positions in growth-stage companies. The firm has around $12.5 billion in assets under management, according to Secondaries Investor data.

Greenspring did not respond to a request for comment.