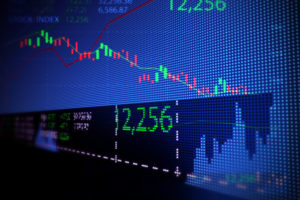 The average bid for all strategies was 91 percent of net asset value in the first half, up from 89 percent last year and just a little below the 2014 record level of 92 percent. Buyout funds priced higher than ever at 98 percent of NAV, outstripping their 2014 record by two percentage points.

A key driver behind this is an increase in supply from high-quality, infrequently traded funds. Greenhill estimates that 30 percent of the funds it marketed had not made a secondaries trade in the past two years and some had never traded before.

“The scarcity effect, which we observed across fund strategies, led to a heightened competition for many funds, which helped drive pricing upward.”

Given the tendency for second halves to be stronger, Greenhill predicts that deal volume will hit a record level of $40 billion in 2017 and that the number of $1 billion-plus secondaries sales will be in the double digits. A clear split in pricing for newer and older vintages

The average bid for funds at least 10 years old was 86 percent of NAV, while the average for funds raised in the last five years was 98 percent, according to Greenhill’s analysis. Of those funds that might be described as tail-end, only 2 percent sold at a premium, compared with 25 percent for those that are newer than five years old.

This is a departure from what we have seen recently, where demand was highest for funds that were past their investment period.

“As buyers acquired a high proportion of 2006–08 vintage funds in the last five years, they have recently shifted to aggressively seeking and bidding for more recent vintages that may have a longer duration, but also potentially offer higher upside from a multiple perspective than more mature funds,” the report noted.

There is around $68 billion in secondaries dry powder, with secondaries buyers looking to raise another $16 billion before 2017 is through, according to the report.

Factoring in leverage, use of preferred equity, deferrals and co-investor capital, and Greenhill believes there is actually around $100 billion of capital ready to go towards secondaries acquisitions.

Real asset funds come back on the market

The first half of 2017 saw an increase in the number of real estate, energy and infrastructure funds looking to sell on the secondaries market, with an estimated 18 percent of total market volume comprising real-asset-focused funds. According to Greenhill, more than one-third of the funds it sold in the first half came under this category.

Real estate transaction volumes stood at $4 billion, driven by large transactions and an increase in dedicated dry powder during the first half.

“The market is on track to meet or exceed the record $7.5 billion of real estate transaction volume in 2015,” Greenhill noted.

The rise in energy-only portfolio sales is mainly due to a narrowing between bid and ask prices, driven by lower energy fund net asset values and a stabilising oil price. The average high bid for energy funds in the first half was 88 percent of NAV.

“The energy-only portfolio sales have largely been pursued by LPs who previously had a desire to reduce energy exposure over the last two years, but did not want to transact at the prevailing discounts to NAV,” the report noted.