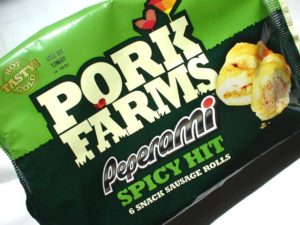 Graphite Capital has divested its stake in Vision Capital Partners VI, according to a UK regulatory notice.

Publicly listed-Graphite invested in Vision VI using its flagship funds and the Graphite Enterprise Trust, which invests directly in companies and with private equity fund managers. The firm did not return a request for comment by press time.

Vision VI is a 2006 vintage fund that closed on €353.5 million, according to PEI’s Research and Analytics division. Other limited partners in the fund include fund of funds managers Pantheon Ventures, Unigestion and HarbourVest Partners.

The fund invested in 16 companies, six of which have been realised. Current investments include UK-based savoury pastry company Pork Farms, which the firm acquired in January 2007, according to the firm’s website. Its annual revenues were £152 million as of March 2013. Other Fund VI investments include Portman Travel, which was generating revenues of £275 million as of December 2012, and consumer electronics and white goods company BrightHouse, which generates revenues of £333 million.

Last month, Secondaries Investor learned Vision is trying to sell a group of portfolio companies it acquired in 2007 or earlier. Vision has 12 companies from that time period in its portfolio, 11 of which are from Fund VI, according to its website. The firm declined to comment, but a source familiar with the matter previously said it was Vision’s first portfolio sale.

As of 30 October 2013, Vision VI was the 30th largest fund by value in Graphite’s portfolio. Graphite had £400,000 in outstanding commitments to Vision VI and the fund was valued £2.7 million, according to its Interim Management Statement for the quarter ended 31 October 2013.