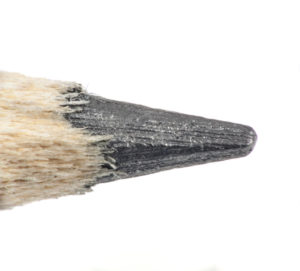 The timing of its next vehicle “depends on when we finish investing. It could be within a year,” Richards said.

When asked about investment pace, Richards said: “We started quickly and slowed in the last 12 months. Prices are high. There is a lot of debt and equity available. It is not easy to acquire at these prices.”

Graphite Capital Partners VIII raised £500 million ($719 million; €660 million) in 2013 following the full deployment of Fund VII, a £475 million, 2007-vintage vehicle. That fund is now “quite heavily realised” and has returned more than 2x cost to its investors, Richards said. There are five investments left in Fund VII.

The listed entity, which invests in private equity funds and private companies and has assets under management of around £500 million, has been renamed ICG Enterprise Trust. The fund has a portfolio of about 400 underlying companies, mainly in Europe. It invests in UK companies through funds managed by Graphite Capital, which make up typically 20-25 percent of its portfolio, and other UK companies and markets through ICG and other third party funds, according to an ICG statement.

The acquisition of the management contract represents a “PE fund investment business, not a move into PE”, an ICG spokeswoman said. “We’re looking for new and emerging areas around PE.”

It follows ICG’s launch at the end of 2014 of a secondaries platform staffed by a specialist team from NewGlobe Capital, as reported by Secondaries Investor.

The sale of the management contract was initiated by Graphite Capital, Richards noted. The firm saw benefits in scale for a fund of funds business, including overseas offices and more co-investment opportunities.

“We either need to expand the business under our ownership or someone else’s and it made sense to sell the contract to ICG. That was a logical fit.”

The buyout and the fund of funds teams were separate at Graphite and the transfer of the management team “gives us more focus”, Richards said.