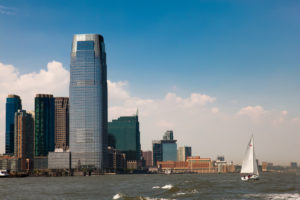 Goldman Sachs still has $6 billion of private equity fund interests and $1.3 billion of real estate fund interests on its books as of the end of June, according to a quarterly earnings filing with the Securities and Exchange Commission from last week.

For now, Goldman Sachs has chosen to let its investments in private equity, credit and real estate funds run through the end of their life rather than to sell them on the secondaries market to reduce its exposure as dictated by the Volcker Rule.

The Volcker Rule of the Dodd-Frank Act became effective in July 2015. It limits the sponsorship of, and investment in, so-called covered funds by banking entities including Goldman Sachs and its subsidiaries. Covered funds include private equity funds, certain credit and real estate funds and hedge funds. This year, the Federal Reserve Board postponed the compliance period until July 2017.

“The firm currently expects to be able to exit substantially all such interests in these funds in orderly transactions prior to 2017, subject to market conditions,” Goldman Sachs wrote in the filing.

However, the firm doesn’t completely rule out selling fund interests on the secondaries market at some point if the underlying investments of some specific funds are not sold by July 2017.

“If that occurs, the firm may receive a value for its interests that is less than the then carrying value as there could be a limited secondary market for these investments and the firm may be unable to sell them in orderly transactions,” Goldman Sachs warned investors in the filing.

Goldman Sachs has a firm-wide committee that is responsible for the oversight and periodic review of the implementation of its Volcker Rule compliance program, which is co-chaired by its chief risk officer.

Banks have become less frequent users of the secondaries market since the Volcker Rule compliance deadline was extended. In the first half of 2015, financial institutions represented about 10 percent of sellers by numbers, according to Greenhill Cogent.

“Financial institutions will represent less than 20 percent of transaction volume in 2015, after being the largest category of seller over the last three years,” it wrote in its mid-year outlook report.