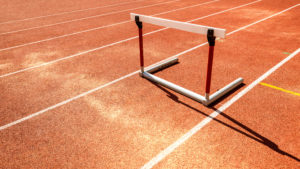 The New York-headquartered bank is charging 12.5 percent carry on its Vintage VIII fund, according to a private placement memorandum seen by Secondaries Investor. Predecessor Fund VII, a $7.2 billion vehicle that closed in 2017, charged 10 percent carry, according to that fund’s ppm.

Fund VIII has an 8 percent preferred return after which there is a full GP catch-up.

These equate to average annual management fees of 0.75 percent over the fund’s life for Fund VIII and 0.7 percent for Fund VII.

The $7 billion target includes separate accounts that will invest alongside the fund, the ppm noted. The latest fund has a 10-year life with four one-year extensions at Goldman’s discretion, followed by additional one-year extensions with the consent of the advisory committee. Its investment period is four years with a possible one-year extension, the document noted.

The minimum commitment required for Fund VIII is $1 million.

Carried interest rates below 20 percent are becoming increasingly popular, with 15.3 percent of vehicles offering these terms, compared with 5.6 percent last year, according to a July survey by MJHudson that mainly included buyout funds.

Two secondaries funds were included in the law firm’s survey.

The typical carried interest charged on secondaries funds is 10 percent and some funds may vary slightly, according to MJHudson.