Goldman Sachs Asset Management has raised more than a third of the target for its latest secondaries fund at least six months after launching the vehicle.

The New York-headquartered bank has collected $2.93 billion for Vintage VIII through two onshore and two offshore vehicles from 1,055 different investors, according to filings with the Securities and Exchange Commission. This does not account for all the money that has been raised so far, Secondaries Investor understands.

Secondaries Investor reported in November that Goldman Sachs was targeting as much as $7 billion for Vintage VIII. Predecessor Vintage VII surpassed its $5 billion target to raise $7.12 billion in 2017 after just over one year in market.

Fund VII delivered a net internal rate of return of 38 percent and a net multiple of 1.3x as of February, according to figures from a fund marketing document shown to high-net-worth investors obtained by Secondaries Investor.

Secondaries funds were seeking at least $84.85 billion in total across 43 vehicles with known targets as of the end of April, according to Secondaries Investor data. 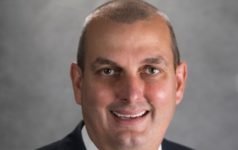