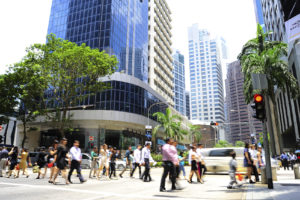 Goldman Sachs Asset Management has emerged as the buyer of one of the largest limited partnership portfolio sales.

The New York-headquartered firm acquired around $2 billion of private fund stakes from sovereign wealth fund Government of Singapore Investment Corporation, according to two sources familiar with the matter.

The composition of the portfolio is unclear.

PE Hub reported in April that GIC was selling a $2 billion portfolio.

GIC and Goldman have previously been partners on secondaries deals: in January they backed the restructuring of two technology-focused private equity funds managed by Vector Capital in a deal worth $450 million, Secondaries Investor reported.

Some of the largest LP portfolio sales include the California Public Employees’ Retirement System’s $3 billion sale of legacy real estate fund stakes to Strategic Partners in 2015, Abu Dhabi Investment Authority’s 2014 sale to Ardian and GM pension’s 2012 sale to China’s SAFE and Lexington Partners, worth between $1.5 billion and $2 billion.

Goldman is investing its Vintage VII fund, which held its final close on $7.12 billion in July last year, according to PEI data. Among the deals it has closed in recent months are the $325 million spin-out of Chinese captive private equity team Aretex, a single-asset restructuring on DH Private Equity Partners‘ fourth fund, and the GP-led restructuring of Nordic Capital‘s 2008-vintage fund, which involved €2.5 billion of assets being moved into a continuation vehicle.

Goldman and Greenhill declined to comment. GIC did not return a request for comment by press time.