Golding Capital Partners has held a final close of its Golding Private Debt 2016 fund of funds which can make secondaries investments.

The Munich-headquartered fund of funds manager raised €580 million for the vehicle, short of its €600 million target. The firm’s predecessor vehicle, Golding Private Debt SICAV VIII, closed in 2015 on €413 million.

The fund of funds aims to provide acquisition and expansion capital for mid-market companies in Western Europe and North America, principally through senior debt. It will aim to make commitments to 15 primary funds, as well as secondary and co-investment transactions, and build a diversified portfolio of approximately 300 underlying transactions.

Just over 20 percent of Golding Private Debt 2016 is already invested via secondaries, Jeremy Golding, the firm’s founder and managing partner, told Secondaries Investor. The fund will be used to acquire LP stakes in debt funds as well as invest in GP-led deals and special situations transactions, he added.

Golding said the latest fund was popular with existing investors, which account for approximately 80 percent of the capital raised. The vehicle has 42 institutional investors, including pension funds, insurance companies, savings banks, co-operative banks and non-profit organisations.

Secondaries trading in private debt funds accounted for 3 percent of volume last year or $1.5 billion, down from $1.8 billion a year prior, according to Setter Capital’s Volume Report FY 2018.

Golding Private Debt 2016 will also be able to invest in opportunistic credit strategies in order to stabilise its portfolio during periods of market uncertainty and volatility.

The fund has already drawn 20 percent of commitments and the strategy has made an initial distribution to investors in 2018 of a “high single-figure percentage” of committed capital.

Hubertus Thiele-Ochel, managing partner at Golding, said: “[Our investors] appreciate the fact that risk-adjusted returns [on private debt] are more attractive than for the more liquid leveraged loans, bonds and traditional fixed-income instruments. At the request of our investors we are planning to launch the follow-on fund this year.”

Golding Capital Partners now manages more than €3 billion of private debt investments and has invested in a total of over 100 primaries, secondaries and co-investments.

– Adam Le contributed to this story. 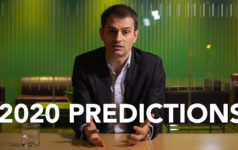 Deals 22 hours ago
Added to your Saved Articles
Loading
Unsave Article
Please confirm you would like to remove this article from your saved articles.
Share with other subscribers
Only logged in subscribers of this site will be able to access the shared article.