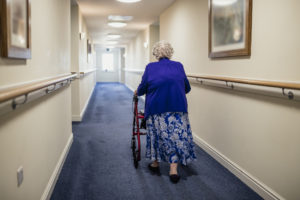 Intermediate Capital Group has closed one of the largest single-asset secondaries deals to take place in Europe.

A stake in DomusVi Group, one of Europe’s largest care home businesses, was lifted out of 2014-vintage buyout fund ICG Europe Fund VI into a continuation vehicle as part of a process run by Lazard, according to three sources familiar with the matter.

The vehicle is around €700 million in size and backed by a group of investors led by Glendower Capital, according to two of the sources. Israel’s Clal Insurance invested €85 million in the continuation fund, according to a translation of a Hebrew-language statement seen by Secondaries Investor.

Separate from the continuation fund, ICG reinvested in DomusVi through 2018-vintage ICG Europe Fund VII, as did some of its LPs. The founder of the business Yves Journel also reinvested, growing his stake to just under 50 percent, Secondaries Investor understands.

The deal gives Domusvi an enterprise value of around €4.3 billion. ICG’s stake is worth a little over 50 percent.

Secondaries Investor reported in March that ICG was working with Lazard on ways to hold on to the business for longer.

DomusVi runs 417 care homes with more than 40,000 beds across France, Spain, Portugal, the Netherlands, Ireland and Latin America, according to its website.

One buyer who looked at the deal noted that the company had proven “very resilient” through the pandemic and had grown its EBITDA and revenue during 2020. They also noted the near 100 percent vaccination rate for DomusVI residents.

CapVest, BC Partners and Waterland Private Equity are among the firms to have carried out large single-asset processes on European assets in the past year, Secondaries Investor and affiliate title Buyouts have reported.

ICG, Glendower and Lazard did not wish to comment on the deal.