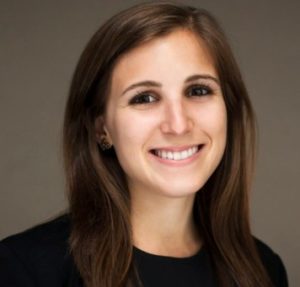 Yesterday we published a story about how HarbourVest Partners is viewing GP restructuring opportunities popping up in the Asia-Pacific region, namely in the more mature markets of Australia and Japan.

One part of Asia the story didn’t touch on was India, where some lackluster returns in the private equity primary market over the past decade – coupled with changing LP appetites and expected GP consolidation – should be giving way to opportunities for secondaries investors, both on the fund interests and restructuring fronts.

But contacts in Asia I’ve spoken to over the past week say that’s not really happening – most buyers don’t bother because it’s been a nightmare to get GPs and LPs to agree on terms.

“Very few secondaries buyers are willing to participate in India,” agreed Tim Flower, Hong Kong-based partner at HarbourVest. “We may come up against two or three others, but we’re not losing transactions because other people are taking the deals. It is more that a deal just doesn’t get done because the multiple parties cannot agree on the terms.”

Another problem sources are flagging is that many Indian GPs don’t want to give up or renegotiate on management fees, which means fund restructurings aren’t happening as widely as they could (and perhaps should) be for some vintages.

Still, there are a number of players like HarbourVest positioning themselves for an expected rise in secondaries activity. Partners Group just opened an office in Mumbai, for example, intending to build out all of its alternative asset capabilities in the region, over the mid- to long-term – presumably secondaries will be a part of that. Meanwhile a handful of groups like NewQuest Capital Partners, the Asia-focused secondaries firm that spun out of Bank of America Merrill Lynch, are developing specific strategies for the country. (NewQuest for its part plans to deploy one-third of its freshly closed $316 million Fund II into India, targeting, among other opportunities, funds that deployed capital between 2007 and 2008 in infrastructure and manufacturing companies and in power companies between 2009 and 2010.)

NewQuest partner and chief operating officer Amit Gupta previously told me his firm has already observed more LPs “looking to create liquidity for their funds more so in the last six to 12 months”.

And if a recent PwC analysis is right, a revival of India’s primary private equity market could be on the way, which should mean even greater opportunities for secondaries investors in years to come. The strength of consumption-led growth, more realistic valuations, more experienced fund managers and an improving regulatory environment should all bode well for both primary and secondary markets, my sources say.