At least $23.6 billion was raised by funds dedicated to the strategy, according to PEI data. The figure is slightly above the $22.4 billion raised in the record-breaking first half of 2016.

The number of funds that closed dropped to 14 from 22 during the period.

The record-high fundraising figure means the high price environment is here to stay and conditions remain favourable to sellers, according to Sabina Sammartino, partner and head of the secondaries advisory team at Mercury Capital Advisors.

“Given the strong level of competition in straight-forward LP portfolio transactions, secondary investors have to be more innovative and are increasingly looking at new types of transaction, new sectors  and new ways of delivering target returns to their investors,” Sammartino told Secondaries Investor.

Average pricing for deals that closed over the 12 months to June was around 94 percent of net asset value, according to a report by advisory firm and placement agent Campbell Lutyens.

The three largest funds that closed in the first half were Blackstone’s Strategic Partners Fund VII on $7.5 billion, AlpInvest Partners‘ Secondaries Program VI on $6.5 billion and Neuberger Berman‘s NB Secondary Opportunities Fund IV on $2.5 billion, according to PEI data.

Goldman Sachs Asset Management’s Vintage VII, which is understood to have amassed around $7 billion, could push the first half fundraising figure to more than $30 billion if its official final close was held in the second quarter. 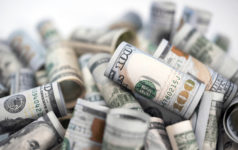