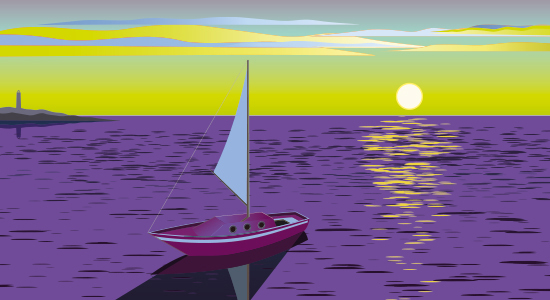 Deal-by-deal manager Georgia Oak Partners moved asset Sailfish Boats into a single-asset continuation fund in a Triago-advised transaction, according to a statement. Investors including Georgia Oak itself opted to roll stakes in the recreational power and sport-fishing boat designer and manufacturer into the new vehicle.

An unnamed Connecticut-based institutional asset manager, investing in Sailfish for the first time, purchased stakes not rolled over by investors, the statement noted.

Georgia Oak had originally invested in Sailfish in 2017.

Secondaries Investor has reported on a handful of fundless sponsor transactions that have gotten over the line in recent years. In 2018, Glendower Capital led a consortium of buyers to restructure six assets managed by deal-by-deal investor Argonne Capital into a continuation fund. Last year, Eaton Partners advised on a fundless sponsor restructuring centred on a recycling business. Ecore International was rolled into CommonWealth Equity Partners Fund I, managed by a newly formed general partner CommonWealth Equity Partners.

At the time, fundless sponsor transactions were a unique situation in a burgeoning GP-led market. Speaking on affiliate title Private Equity International’s secondaries roundtable in 2019, Debevoise & Plimpton partner John Rife called fundless sponsor restructurings “pretty novel transactions”. Argonne was the first one he had seen, and he and his firm have seen a few more since then, he added.

According to Matt Swain, global chief executive of Triago, we should expect to see more fundless sponsors looking to tap the secondaries market in the coming months. He’s seen around three times more dealflow from deal-by-deal managers so far this year, compared with last year, and anticipates volume to quintuple in the coming 18 months versus 2021 volume.

The deal-by-deal market has “really only [taken] off in the last five years”, Swain says, adding that GP-leds are a “natural step, after initial ownership, when it comes to providing investors with liquidity”.

Andrew Rearick, international counsel at Debevoise, says interest in fundless sponsor restructurings has grown in recent years alongside the growth of the GP-led market more broadly. Crucially, it’s the rise and market’s embrace of single-asset and concentrated transactions that have created favourable conditions for fundless sponsor deals, which often have similar characteristics, he adds.

Fundless sponsor deals face fierce competition for secondaries capital. According to a third-quarter report by PJT Partners, there is over $150 billion of secondaries dealflow across live transactions and deals that are forecast to launch in the near term. Advisers are also being particularly scrupulous in the transactions they select to bring across buyers’ desks in the coming environment, sources tell Secondaries Investor.

Still, if they can gain traction, deal-by-deal GP-leds can provide buyers with companies that may not have been passed around from one sponsor to another, and which may still have inefficiencies to exploit, compared with assets held in a fund structure. They’re also more likely to be found in the mid- and lower-mid-market, meaning a sole buyer process is more likely than a syndicated one.

For GPs with more traditional strategies looking to shop their prized assets in the secondaries market, this only adds to competition for buyers’ capital.

Write to the author: madeleine.f@peimedia.com