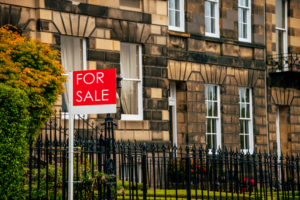 Imagine being forced to sell your house and offered a similar – but not identical – house nearby.

You might have made a net gain on the asset, so you can’t complain on that front. But what if you had planned to stay there for three more years? You are now faced with the associated costs of moving – agency fees, legal costs, stamp duty, removal costs, surveyors, mortgage arrangements. And you have to take time from your day job to look at the new house and manage the process. You would rather stay put.

The comparison will not be lost on LPs faced with certain GP-led fund restructuring proposals.

To recap: these processes are now entering the mainstream. They come in various shapes and sizes, each with their own dynamics, but in general they involve a GP, a fund with a few years on the clock, a secondaries buyer and an advisory firm coming up with a proposal to offer liquidity to the fund’s LPs.

Most notable recently was the plan mooted for Apax’s €11.2 billion, 2007-vintage fund, whereby LPs would either roll over into a five-year continuation vehicle or sell their stakes. The plan was officially shelved on Thursday last week after it became clear from discussions with the LP advisory committee that there would be insufficient investor support for it. Nordic Capital, which is mulling the same thing, will surely be watching the Apax situation with interest.

Over in Poland, meanwhile, Innova Capital is progressing a similar process on its fifth fund with HarbourVest as the buyer and Lazard as advisor. Investors in the 2010-vintage fund were given the option of selling their stakes at a premium or rolling over into a new vehicle with some new terms and reset carry.

However, a closer look reveals something more like a rock and a hard place.

For an LP with a small investment staff – as many have – being asked to roll over into a new fund is not as simple as ticking a box: there are frictional costs. Subscription documents need to be signed, incurring third party administration costs; a couple of hundred pages of limited partnership agreements to be reviewed; tax advice has to be sought (a sale at a premium may crystallise a tax obligation), side letters must be revised. If the carry is being paid and reset, then figures should be audited.

The costs may not be measured in millions, but as with the house sale analogy, they could have been avoided altogether simply by sticking to the original fund plan.

“One of the criteria that we absolutely had was, for those [LPs] that just want to ignore it, they have the option to ignore it and everything continues as they expected when they made their original commitment with us,” said Laura Coquis, investor relations partner at BC Partners, at an event last week. BC recently completed a high profile, successful GP-led process.

A question posed by one Apax investor (not an LPAC member) was why, when the fund is only in its first year of extension, could it not go down the fund extension route (which, to be fair to Apax, the firm now will). PE funds are structured as 10-year vehicles, but in fact the median lifespan of a private equity fund is 16 years once extensions are taken into account. This route provides LPs with a genuine “do nothing” status quo option.

The managing partner of a blue-chip private equity firm recently made this comment when PEI asked about these scenarios: “Any advisor will tell you: if you want to get LPs to take action, you need to force their hands.”

The arrival of fund restructuring in the private equity mainstream will be a long-term benefit to investors, but these processes are delicate balancing acts and need to work for all. If GPs find themselves trying to force LPs’ hands, then the spirit of partnership is compromised.