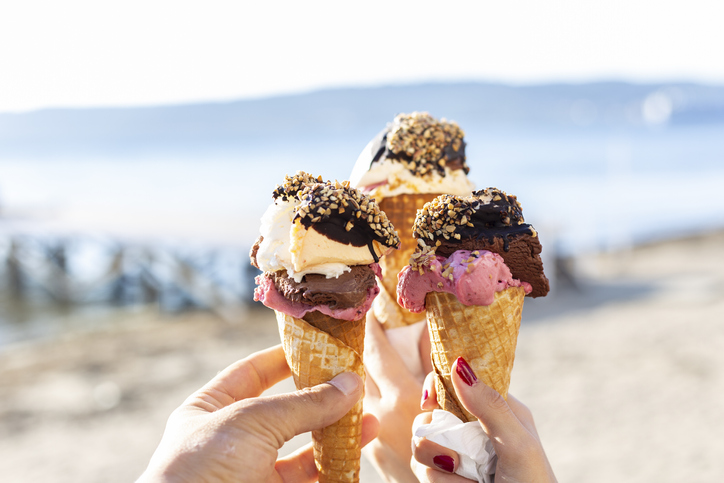 The GP-led market could well be the fastest growing part of the alternatives space. In the first half of 2019 there was $14 billion of GP-led deal volume, double the amount recorded in all of 2015, according to advisor Greenhill. Already, certain managers are beginning to stand out as sophisticated operators.

One is PAI Partners, the €13.4 billion Paris-headquartered buyout shop. In the space of two years, PAI carried out two large, highly concentrated GP-led deals. The €2 billion restructuring of PAI Europe V, which closed at the end of 2019, stretched the secondaries market to its limit, showing, if anything, that it is too small to handle the deals that are out there.

In April 2018, sister title Secondaries Investor revealed PAI was exploring a process on its 2008-vintage Fund V. The fund had two remaining assets: eye-wear group Marcolin and the asset which accounted for a large majority of remaining net asset value, the world’s third-largest ice cream manufacturer Froneri. The deal could be worth as much as €1.8 billion, we said.

In the words of PAI partner Richard Howell, Froneri has been “one of the highest returning investments [we’ve] made”. The company was created in September 2016 through a joint venture between UK-based R&R Ice Cream, which PAI acquired in 2013, and part of Nestle’s ice cream business. The business covered more than 20 markets, making net sales of €2.6 billion in 2018.

After the expiration of a lock-up period, PAI had the right to sell out of Froneri but decided to stay put. Froneri was making big profits and its global footprint, combined with the universality of its product, gave it a degree of downside protection going into a possible downturn.

Froneri also had its eye on another chunk of Nestle, its US ice cream operations, which had turnover of $1.8 billion in 2018. The problem was that PAI Europe V, which held the asset, was coming to the end of its life.

PAI already had a grounding in the secondaries market. In 2018, it carried out a single-asset restructuring on the 2005-vintage PAI Europe IV. It opted to do the same again.

“Nestle said, we would like to deepen our partnership, but this fund has to ask for an extension every year and it hasn’t got much uncalled capital available,” Howell says. “This [GP-led process] allowed us to go to them with a new solution.”

A tale of two deals

The process on predecessor fund PAI Europe IV was centred on specialist chemicals company Perstorp, the only remaining asset in the vehicle, which had struggled during the financial crisis. PAI deleveraged the business and changed its management team. On testing the M&A market, it didn’t feel it could get a price that these efforts deserved.

In Howell’s words, Perstorp is a complex asset in a complex industry, making for a small pool of potential buyers. Due to the company’s struggles, the priority for LPs was cost recovery. For this reason, the firm decided to proceed without an advisor, believing an auction process unlikely to drive a considerably higher price.  PAI engaged secondaries firm Landmark Partners about a process  that would give Perstorp more runway and give LPs a satisfactory exit. The deal closed in September 2018.

The process on Fund V had very different aims. LPs in the fund wanted a competitive process that would drive as high a price as possible for exiting LPs and give those that wanted to reinvest the full right to do so. Given PAI’s position on both sides of the transaction, the process would have to be as impartial as possible. It brought on Evercore to manage it, with Weil, Gotshal & Manges providing legal counsel.

In Howell’s view, the priority for buyers was getting strong reinvestment from PAI’s current team, particularly those on Froneri’s board. He did not wish to comment on the specifics of the auction process, but Secondaries Investor understands that there were 15 firms in the first round, a list that was quickly whittled down.

The sheer size of the deal reduced the number of potential leads. Among those, two or three flirted with the deal but decided in the end that such a concentrated bet was too far away from the investment thesis they’d sold their LPs, Howell says. Others felt they didn’t have the tools to fully size up the transaction.

“This is more like [primary] private equity,” Howell says. “When we buy an asset, we have to have a vision of what we can do with it because in today’s market, expecting to make strong returns off the base case sold in a process is quite difficult… If the market continues to grow, the skillset [of secondaries firms] is going to develop quite a bit.”

“We’ve come from a restructuring place, with sub-par GPs, to a totally different world,” says Evercore managing director Lea Lazaric Calvert, who led the deal. “More liquidity in this market is better and this is the way to provide it.”

In December, Froneri acquired Nestle USA’s ice cream business for $4 billion, pushing it from the world’s third- to its second-biggest ice cream producer.

What does it all mean?

The restructuring was a stern test of the secondaries market. It passed, while making its limitations clear.  The deal took an unprecedented three lead investors and 40 additional LPs to digest, a large majority of whom, according to Howell, were secondaries players or employing secondaries capital.

“You take a very high quality, easy to understand, very downside protected asset… It almost couldn’t be a better story. But even in that context, a transaction this size is a big number… [The lead buyers] accounted for a little under half of the transaction and I think for all of them it was pretty much at their upper limit.”

Even with the huge amounts being raised by secondaries funds, most can only manage two or three highly concentrated deals. According to one London-based partner at an advisory firm, growing numbers of secondaries fund LPs are voicing concerns about the merit and relevance of these deals. Sovereign wealth funds and pension plans, in many cases, would rather gain access to prized assets via their direct- and co-investment arms than through a secondaries deal.

“Pensions want direct access to the equity and governance rights,” says the partner. “They don’t want to sit in the fund structure. They hate them [highly concentrated deals].”

If new sources of capital aren’t found, the secondaries market may already have hit “peak concentration”. There are a few potential avenues of growth. Firms in the top 20 by size could dramatically raise their fund size in an attempt to push their way into the small group of would-be leads. Firms could raise vehicles dedicated to GP-led deals, alongside their flagship funds. Non-traditional buyers might also take on a bigger role.

“If you can only get the same five people for a big deal, that’s not a good dynamic,” says another London-based advisor. “I think we’ll see other types of firms coming in: maybe Blackstone Tac Opps, or someone like that… Not all the single-asset deals that people want to do will get done.”

This year could represent a bottleneck for single-asset and highly concentrated GP-led deals. The market has its eyes on Permira’s $1 billion-plus attempt to lift software company Genesys out of its 2006-vintage fund, a deal first reported by Secondaries Investor. Still, in a short space of time, these deals have changed the rules of the secondaries game for GPs, LPs and advisors.