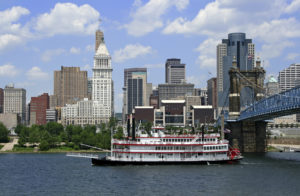 Fort Washington Capital Partners (FW Capital) has closed its third private equity opportunities fund on $150 million, according to a statement.

Fort Washington Opportunities III reached its target and hard-cap in May 2014. Limited partners in the fund include the Cincinnati Retirement System and the Kentucky Teachers’ Retirement System, according to PEI’s Research and Analytics division.

The fund will acquire LP interests of up to $20 million in venture capital, buyout and mezzanine funds.  It will also invest in special situations such as fund recapitalisations and end of fund-life solutions in deals between $5 million and $20 million, its website disclosed.

FW Capital’s secondaries team is led by managing director Joseph Woods, who joined the firm in 2008 from Best Buy Co, where he was director of emerging businesses and Mellon Ventures, where he was a vice-president.

FW Capital is the private equity arm of Fort Washington Investment Advisors, a wholly-owned subsidiary of The Western and Southern Life Insurance Company. The firm manages fund of funds, secondaries funds and customised programmes with private equity commitments totaling $2.9 billion as of 30 September 2014. It is based in Cincinnati, Ohio.