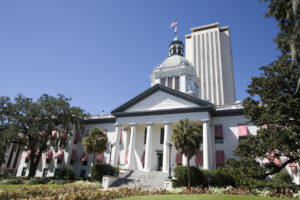 The State Board of Administration of Florida (SBA), one of the US’ biggest public institutional investors in private equity, has lowered its target allocation to secondaries despite it being one of the pension manager’s best performing strategies.

SBA dropped its secondaries allocation to 10 percent of its portfolio, down from its previous target of 12.5 percent, a spokesman confirmed. The pension is currently underweight to secondaries with a 6 percent portfolio exposure, according to materials from its 8 June investment advisory council meeting.

The pension, which committed $200 million to two secondaries funds last year, aims to commit a further $675 million to secondaries over the next three years to 2019, the materials show.

Secondaries were the second-best performing strategy for SBA after distressed/turnaround, delivering a 16.2 percent internal rate of return from inception to 31 December, according to the materials. This was higher than the SI Cambridge Benchmark for secondaries which delivered a 15.6 percent IRR.

Lexington Partners accounts for the largest percentage by net asset value of SBA’s secondaries portfolio at 47 percent, followed by Ardian at 32 percent and W Capital Partners at 7 percent, according to the documents.