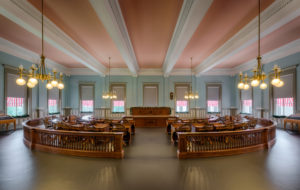 Florida’s State Board of Administration (SBA) has been exploring the sale of a portfolio of private equity and venture capital fund stakes, Secondaries Investor has learned.

The pension fund has been working with Park Hill on the sale, which could be as large as $1 billion, according to two sources familiar with the deal. It is understood the size and composition of the sale has changed over time, and its progress is unclear.

Florida SBA has been actively managing its portfolio to increase exposure to small funds, reduce its large and mega-fund exposure, and focus on general partners who are either sector specialists or who “drive value through operations”, according to minutes from the pension’s 8 June investment advisory council meeting.

“LPs (ourselves included) have increasingly used the secondaries market to rebalance their portfolio or reallocate to across strategies,” he said. “Secondaries have become a very useful portfolio construction tool. This trend should only increase in the future.”

Secondaries remained the second-best performing strategy for the SBA as of 30 June, delivering a 15.8 percent internal rate of return since inception, beating the Cambridge Associates benchmark of 15.1 percent, according to documents prepared for the board’s 5 December investment advisory council meeting.

Only distressed and turnaround strategies performed better, delivering an 18.1 percent IRR as of the same date.

The pension remains underweight to secondaries – its allocation to the strategy dropped to 5 percent of its portfolio as of 30 June, half its 10 percent target. The SBA had lowered its target allocation from 12.5 percent in the first half of the year because other strategies in its portfolio offered a higher expected return at that point in the cycle, Bradley previously told Secondaries Investor.

A drop in the number of portfolio sales worth $1 billion or more this year led to the lowest first half volume since 2013 – $12 billion – according to a report by Greenhill Cogent. Only two such deals closed during the six months to 30 June, including Ontario Teachers’ Pension Plan’s sale to Ardian of a roughly $1 billion worth of private equity stakes.

Florida SBA manages $180 billion in assets and has committed more than $1 billion to dedicated secondaries funds since 2010, according to PEI data.

Park Hill declined to comment. A Florida SBA spokesman said the pension was unable to comment on any potential deals.