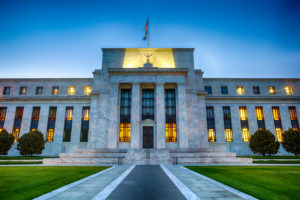 The US’s Federal Reserve Board has issued guidance on a two-year extension available to banks divesting “seeding investments” to private equity or hedge funds under the Volcker Rule.

The board said banks should apply for an extension at least 90 days before the one-year anniversary of a fund’s establishment and explain their plans to reduce their exposure, by redemption, sale, dilution or other methods, as well as meeting the Federal Reserve’s investment rules.

Banks can apply for an additional two years to make seeding investments in private equity or hedge funds compliant with Volcker. Seeding refers to a banking entity putting initial equity into a new fund to attract investors.

Volcker demands that once the fund containing a seed investment is one year old a bank cannot hold more than a 3 percent ownership stake in it, meaning banks may need to reduce their stakes in some of their private equity funds.

In a separate move in December, the Federal Reserve allowed banks to apply for a five-year extension on divesting of private funds assets dated from 1 May 2010, in line with the Volcker Rule.

Goldman Sachs is one bank that secured a five-year extension to divest such assets, having previously been told to sell its private fund stakes by the deadline of 21 July 2017, the last of three one-year extensions.

Earlier in July, Martin Chavez, the investment bank’s chief financial officer, said he expected a “recalibration on Volcker”, referring to the proposed Financial CHOICE Act, which would eliminate the rule.