Lea Lazaric Calvert became senior managing director in February, a spokesman for the investment bank confirmed. Calvert is one of three senior MDs within the unit, the spokesman said.

Lazaric Calvert joined Evercore in 2015 from UBS’s private funds group where she had spent eight years, according to Evercore’s website. She has closed some of the largest GP-led processes in Europe and works closely with LPs on strategic sales.

Evercore advised on some of last year’s biggest secondaries deals, including the single-asset process of PAI Partners‘ 2008-vintage €2.67 billion PAI Europe V, as well as the restructuring of Vitruvian Partners‘s 2007-vintage buyout fund. The firm is working with Alaska Permanent Fund on a portfolio sale worth more than $500 million, Secondaries Investor reported in January.

Evercore worked on the second-highest amount of deal volume in 2018, according to Secondaries Investor‘s most recent advisory tally published last April. It worked on 71 deals worth $13.1 billion, compared with $10.1 billion in 2017. 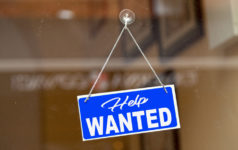