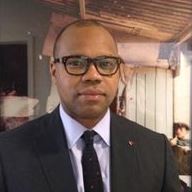 Reid will join Evercore in November and focus on advising institutional investors and fund sponsors on secondary transactions, according to a statement. He will be based in Evercore’s London office and will later move to New York.

Reid was appointed head of European secondaries at UBS in November 2013. He relocated from New York where he had been executive director on the secondaries team since June 2006. Previously, he worked at New York private equity firm Cerberus Capital Management.

Reid is the latest UBS executive to join Evercore. Last year, Nigel Dawn, who helped form UBS’ secondaries advisory business in the early 2000s retired and re-emerged at Evercore. At the time, UBS appointed managing director Philip Tsai and Nicolas Lanel as co-heads of its secondary advisory business, but weeks later Lanel jumped ship to Evercore where he runs the European side of the business.

Still, UBS remains committed to the business, Tsai said in an interview last year, adding that his team had won two significant mandates after the high-level departures.

“We’re looking to invest and grow the business … there’s a strong commitment and investment that the firm has continued to make and plans to make. We’re looking to expand our team in the US and London.”