The secondaries market is deepening, with new deal types and an increasing variety of players becoming involved, including GPs acting as both buyers and sellers. But what will be the next stage of its evolution?

Affiliate title Private Equity International caught up with three senior executives in Evercore’s private capital advisory team in Europe, which recently won the PEI Secondaries Advisor of the Year in Europe award. Senior managing director and European head of private capital advisory Lea Lazaric Calvert and managing directors Jasmine Hunet Lamourille and Francesca Paveri discuss where the secondaries market is today and how it could develop.

As women who hold senior roles in a market-leading secondaries advisory business, and have extensive advisory experience in the private funds industry, they also share their advice for the next generation of women forging a career in this traditionally male-dominated field.

What have been the key developments in the secondaries market in the past few years?

Lea Lazaric Calvert: The secondaries market has been an exciting place over the past four to five years – it has developed at a rapid pace and taken a spotlight on the alternatives stage. We believe this is just the beginning; given there are ever more innovative applications of the secondary toolkit, there is plenty of volume growth to come.

Secondary transactions volumes in 2017 amounted to $50 billion, whereas this year, the figure is likely to be closer to between $100 billion and $110 billion. The market has doubled in size in just four years, but the nature of the deals has also evolved. Historically most of the capital was deployed in buying LP interests in funds. Today, given the flexibility and agility of the secondaries market, we have seen a steep rise in GP-led transactions.

Private equity firms have started embracing the secondaries market as an attractive liquidity and solution provider for various objectives: holding on to good assets, offering early liquidity to their investors, improving alignment, and many others.

Around 60 percent to 65 percent of secondaries deal volume this year will come from GP-led transactions, many of which will be with marquee sponsors. For the first time, this will outstrip LP volumes.

In our view, this represents a big shift in the market and one of the most exciting developments in PE more broadly. We believe the secondaries market has become a viable alternative exit option for assets and portfolios.

What has this meant for secondaries buyers? How are they evolving?

Jasmine Hunet Lamourille: Secondaries buyers have always been creative, but they are being even more so now. It is in secondaries players’ DNA to buy diversified portfolios of interests and around 60 percent of dry powder is looking for these. They have always executed bespoke transactions – from portfolio sales, primary capital raises and LP tenders to team spin-offs and transactions to re-incentivise GPs. The boundaries are now being pushed further as they adjust from large portfolios to completing single-asset deals as well.

We are seeing significantly larger funds being raised to capture the range of opportunities on the market. Secondaries dry powder has increased from around $20 billion 10 years ago to five times that today, which is to be expected because the supply of deals has increased so much. Finally, we are seeing secondaries buyers building teams to conduct due diligence on GP-led deals, which is different from analysing large, diversified portfolios.

How has this evolution affected returns?

Francesca Paveri: The returns profile of GP-led deals is one of the reasons this part of the market has developed so much. There is a lot of competition among buyers in the traditional secondaries space, and GP-led transactions have allowed investors to balance higher returns with higher risk to generate the weighted return they promise their investors.

How have GP-led deals evolved?

FP: GP-led deals started out as teams spinning out of institutions, such as banks, and then we moved on to restructuring situations which were often used by GPs struggling to raise new capital. In 2017, we saw the start of the big shift: brand name GPs began recognising they could use the market to create liquidity. First up were the older funds. Then, around two years ago, GPs started looking at more recent deals they held in their funds.

One of the trends has been GPs trying to figure out how to hold on to their best assets for longer in situations where they see additional value-creation opportunities. GP-led transactions can also help to solve concentration limits in funds, as well as allow GPs and management teams to continue to work together in situations where they know each other well. At the same time, they allow the GP to offer their LPs liquidity, mostly at very attractive valuations.

LLC: We have also seen a shift in how the LP community views the secondaries market and in particular GP-led transactions. We have seen LPs embrace the optionality to receive liquidity or participate in future upside and, oftentimes, it is LPs that will prompt GPs to think about secondary solutions. We have also seen standardisation across the industry and processes. ILPA has produced guidelines that have given the market a standard to adhere to and made deals easier to execute.

There is a lot of talk about the market not having sufficient capital to meet the opportunity. What is your view?

JHL: There has always been plenty of capital for the best deals and these are usually oversubscribed. The supply of concentrated, GP-led deals is strong, yet in the LP-led space it is limited – we are not yet back to 2019 levels. We are likely to see some squeeze in H2 2021 because buyers deployed so much in H1, but we are seeing secondaries firms raising vehicles dedicated to GP-led deals and new entrants to the market, including GPs themselves.

It has been a busy year for secondaries; what has your dealflow been like?

JHL: Thankfully, 2021 has been a very good year for us – we have intermediated on $10 billion in Europe and $50 billion globally – that is around half the entire market. In Europe, around 70 percent of the deals we have worked on have been GP-led processes, but we are starting to see LP portfolio sales return – we worked on two large ones recently.

Last year, LPs had thought pricing would come in low because of the pandemic, but because there was so much capital chasing deals and public markets rebounded strongly, pricing was excellent. LPs are now returning to the market – their portfolios have grown fast and so they need to sell to manage these effectively. We are seeing very strategic sales in which LPs want liquidity to make new fund commitments.

FP: One of the big drivers for LP trades – and this is a new development – is the acceleration of GP fundraising cycles. They are now fundraising every two to three years and LPs are finding that they are over-allocated to some of their core relationships. LPs are selling portions of recent vintages so they can invest in the new funds of the same GPs.

As a female-led team in investment banking, you are something of a rarity. What would you say to women entering the industry today?

LLC: If you can find a team where women are included in the key decisions, like our team, it’s a great work environment to be in. The fact there are not many, is very sad. Women are at least as qualified and capable of doing this job as men, yet somehow there are so few of us around. This is a lost opportunity, and we need to change it. We need to change people’s mindsets and implement policies that work for both men and women.

Many women join our industry at the analyst level, and then leave mid-career to jobs with a better work-life balance. This means banks and private equity firms are losing a large part of the talent pool they have spent years training and who are hugely valuable to their teams. Not only that, in most cases, they usually like what they do.

This is an issue I feel passionate about, especially having gone through that mid-career point as I was having kids. I have managed to work around building my career but also caring for my three kids. My managers have been great about allowing me to figure out what works for me. I would encourage women to ask for what they want and what they need. More often than not, it will work.

In our team, we try to understand people’s needs and work around them (as long as everyone pulls their weight). Covid has shown that flexible working can be efficient and produce great results.

We need to take that learning and implement it going forward to improve things like diversity and mental health. There are also many other things we can do. Diversity is great for any company – it’s as simple as that.

JHL: When we first joined from UBS, not many people had heard of Evercore in Europe, so we had quite a steep hill to climb. I also had to try and find the right balance when I had my first child, but it is possible to find your own rhythm. If you enjoy what you do and have enough support around you, you can make it work. We have always supported each other and covered for each other when needed. It helps that we are three women who are going through similar stages in life, so we understand each other. There is very little politics because we don’t have time for it.

FP: It is an intense job as you are constantly working on active transactions and always need to be on top of the detail. You need to find a way of balancing that with other things in your life. Do not hold back on asking for things that make life easier. Banks and private equity firms are now so focused on improving equality and gender diversity, it has never been a better time for women to come and claim their spot in the industry. 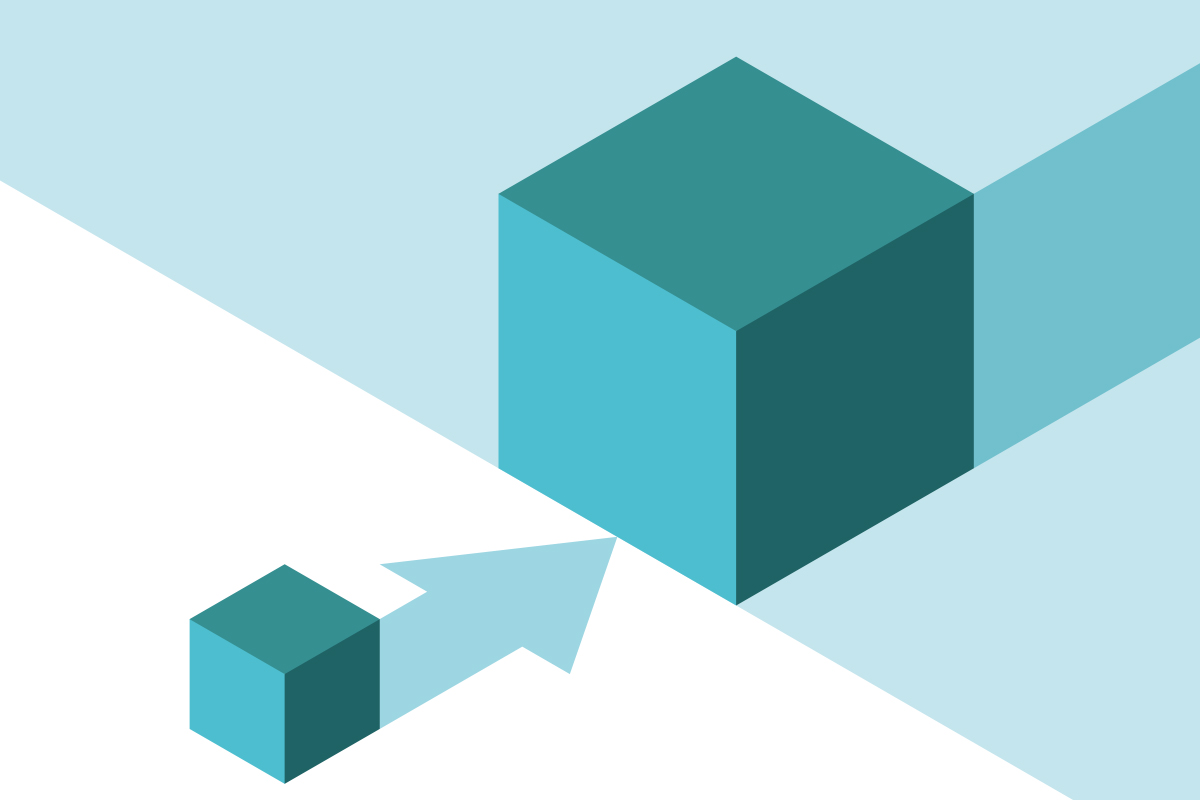 How do you see the market developing further?

LLC: Some GPs are repeat clients, but there are still plenty that are yet to use the secondaries market as a tool. It is difficult to size the market exactly, but it could be as big as the primary market and the assets in the ground. We believe there is tremendous structural growth still to come and the buyer community will adapt accordingly.

We have seen a lot of new entrants in the market, some through acquisition and some organically, but we will see many more. Significantly more capital will have to be raised.