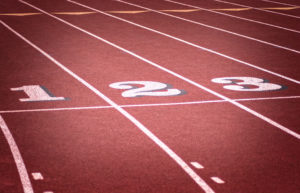 Direct secondaries and GP-led processes accounted for a record proportion of transactions in the first half of the year, according to a survey by investment bank Evercore.

These two deal types accounted for one-third of the $27 billion in deal volume, up from 26 percent in the first half of 2016, according to the firm’s H1 2017 Secondary Market Survey.

GP-leds accounted for 29 percent of the total and directs for 5 percent, representing $7.7 billion and $1.2 billion respectively.

The $27 billion in transaction volume represents a 58 percent increase compared with the first half of 2016 and puts 2017 on course to break the $47 billion record set in 2014, according to the report. On fundraising, the level of available dry powder stands at around $83 billion. Buyers plan to raise an additional $27 billion in the second half of 2017 and in 2018, 73 percent of which will be for private equity, 15 percent for real estate and 12 percent for infrastructure.

The top 17 buyers manage more than 80 percent of total dry powder in the market.

Evercore’s survey was based on responses from 50 market participants.