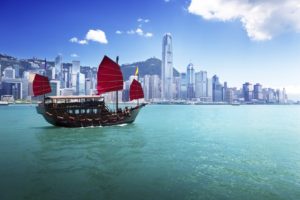 Evercore has hired two investment professionals for its private funds group in Hong Kong, according to a statement.

Ian Bell has been hired as a managing director to lead the group’s distribution and origination efforts throughout Asia Pacific. Previously he was a director and head of investor solutions at Credit Suisse in Hong Kong. He also worked in Credit Suisse’s Sydney office as a vice-president responsible for fixed income and alternative investment sales.

Manda Chan has also joined Evercore as an associate from MVision Private Equity Advisers. She also has experience working as an assistant manager and associate in KPMG China’s transactions and restructuring services group.

The new hires come at a time when Evercore believes private equity fundraising is strengthening in the region.

“We believe our presence in the Asia Pacific region is key in offering both our GP and LP clients a comprehensive and truly global advisory service,” Richard Anthony, chief executive officer of the private funds group said in the statement.

There are four Asia Pacific secondaries funds in market as of 30 September, according to PEI’s Research and Analytics division. Two of those funds are being raised by Singapore-based ANT Global Partners. The vehicles, ANT Japan Fund IV and ANT Bridge Asia No. 5 Private Equity Secondary Investment Fund, are targeting $184 million and $150 million respectively.