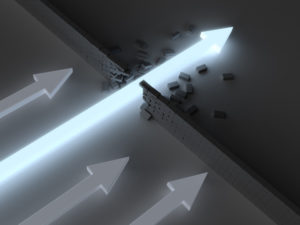 Transaction volumes in the secondaries market shattered previous records, according to a survey by advisory firm Evercore.

The results of the firm’s secondaries market survey put transaction volumes at $54 billion for full-year 2017, $17 billion up on 2016 and smashing the $47 billion accrued in the previous record year of 2014.

Buyers with vehicles larger than $4 billion, such as Ardian, Lexington Partners, Coller Capital and Goldman Sachs Asset Management, accounted for around 70 percent of transactions, the survey noted, highlighting the dominance of the largest players.

The figure is some way above that published by NYYPEX Private Markets, which recorded $41.4 billion of deal volume last year.

The make-up of deals has not changed much since last year’s survey. Almost 70 percent of deal volume involved the sale of limited partner positions versus 71 percent last time around, while GP-led deals accounted for 24 percent in 2017, up slightly from 23 percent recorded in 2016.

Of the GP-led processes, 55 percent were “asset deals”, transactions involving an LP either selling their stake of rolling over into a new vehicle, with LP tenders accounting for 45 percent. Of those that participated in an asset deal during 2017, 38 percent chose to roll over and 62 percent sold, the responses show.

“We believe 2017 was the year of the asset deal, as more than half of GP-led transactions were attributable to asset deals and 62 percent of LPs sold in these transactions, demonstrating the increasing levels of support and understanding of asset deals among LPs,” said Nigel Dawn, Evercore’s global head of private capital advisory.”

The survey points to a strong 2018, with 32 percent of respondents predicting secondaries deal volumes of more than $50 billion.

Evercore put the level of available dry powder for secondaries at $77 billion, down from $83 billion in June 2017. This was due to massive deployment being counter-balanced by strong fundraising.

“As multiple large buyers come to the market with flagship funds, 2018 could be the largest year yet for secondaries fundraising,” it concluded.

More than 60 investors participated in the survey, including “non traditional” investors such as public and private pension funds, and sovereign wealth funds.