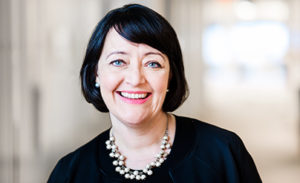 Kate Ashton, a corporate partner at law firm Debevoise & Plimpton who counsels private equity and other investment funds, recently sat down with Secondaries Investor for a Q&A on fund restructurings. The full interview appears in the book Private Fund Restructuring: An introduction to the key structures, transaction types and negotiation points for GPs and LPs, published by Private Equity International in December. Below is an edited extract.

What are the key terms and processes in a restructuring agreement that can ensure limited partners (LPs) are getting a fair deal?

Fundamentally, the way LPs get a fair deal is through acting together. If you don’t have a majority of LPs agreeing to a process and terms, it’s not going to happen; that’s the main leverage they have during the negotiations. That sort of co-ordination can be challenging because LPs will usually have different options and different needs, depending on where they are in their investment, what they want and who they are. To plot a course through that, the transaction is typically structured with early discussions with key LPs to design options that will satisfy their concerns. In the course of those discussions, LPs may need to be flexible on non-core concerns.

The process as a whole should be interactive. A restructuring agreement is not developed by the sponsor and pushed down the LPs’ throats. It’s frequently a much more collaborative process during which LPs can weigh in to ensure their needs are being met.

How do existing LPs typically respond to a restructuring situation?

There may be a wide range of responses. The natural initial response is a touch of scepticism. The default preconception to tackle is that the restructuring is being done solely for the benefit of the GP. That should not be entirely true and is why early discussions are critical.

The GP or the new investors or the financial advisor, whoever’s structuring it, needs to be flexible. They may discover in conversations with the LPs that certain ideas they sat down at the table with need to be changed. Some LPs are going to want to take cash, some are going to want to go into a new investment. You don’t really know until you start talking to them.

What are the main differences between jurisdictions?

There are many differences. Two that can be highlighted are:

You always have to be aware of local securities laws wherever the investors are, as well as where the fund is in terms of what you’re offering to the investors and how you’re restructuring. People are well advised to pay attention to this.

What’s the role of the advisory committee?

In a limited partnership agreement, traditionally the advisory committee has a role to work through conflict situations.

Often the GP will try to work out a deal with the advisory committee or the larger investors at an early stage to vet a transaction, but generally speaking the advisory committee isn’t going to want to take responsibility and approve the transaction, even if it might have the right to do so. For a decision of this magnitude, they would want all the investors to look at it.

In fact, in most cases, the advisory committee is made up of the larger investors. If, for some reason, there was a large investor who wasn’t on the advisory committee, the GP would typically talk to them at an early stage as well. The first time LPs hear about the deal shouldn’t be when they get a consent solicitation in the mail. They should be in discussions and know that something is underway. It’s going to be influential to the smaller investors if one of the bigger LPs says, ‘we’ve been in discussions, we’ve been negotiating, this is the best deal we think we can cut’.