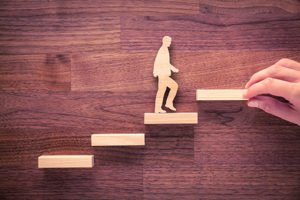 DWS Group has made a senior promotion in its secondaries team as it embarks on its first fundraising in its current form.

The firm formerly known as Deutsche Asset Management has promoted London-based Rodrigo Patiño from vice-president to director, a spokesman confirmed. His promotion was effective as of early March.

Patiño joined DWS in 2016 after two years in the direct investment team at HarbourVest Partners, where he was vice-president, according to his DWS biography. Part of his time at HarbourVest was spent at the firm’s Bogota office.

He began his career as an analyst in the private equity group at Goldman Sachs in New York, where he evaluated secondaries, direct investments and co-investments.

DWS is seeking up to $500 million for its first secondaries fund with this team in place, Secondaries Investor reported in January.

In 2017 DWS brought in Mark McDonald, global secondaries head at Credit Suisse, to help rebuild after its existing team spun out to form Glendower Capital in August that year.

Speaking to Secondaries Investor in September, McDonald said that DWS will focus on providing liquidity to general partners throughout a fund’s life, not just on buying fund stakes. Examples include taking an equity stake in a management company or providing capital for funds to execute deals before they’ve reached a first close.