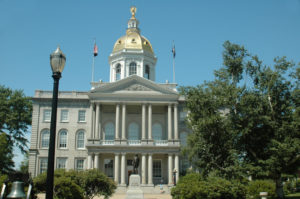 HarbourVest Partners, a fund of funds manager, will hold a first close on its ninth dedicated secondaries fund before the end of the year, according to board minutes from the New Hampshire Retirement System (NHRS).

Executives at the Boston-based firm told investors Dover Street IX will hold a first close in December, according to minutes from a 20 November Independent Investment Committee meeting. The committee approved a $50 million commitment to the fund.

Dover Street IX launched earlier this year and is targeting about $3.6 billion, Secondaries Investor previously reported. The fund has already received commitments from investors including City of Fort Lauderdale General Employees’ Retirement System and the University of Houston System.

The Vermont State Treasurer’s Office, which manages three retirement systems in the state, has also committed $30 million to Dover Street IX, according to minutes from a 24 November investment committee meeting.

The firm has closed more 400 deals since 1982 and relies on unique, niche structures as well as strong relationships with limited partners and management teams to gain competitive advantages, according to the document.

HarbourVest has been investing since 1978 and manages over $35 billion in assets, according to PEI’s Research and Analytics division.