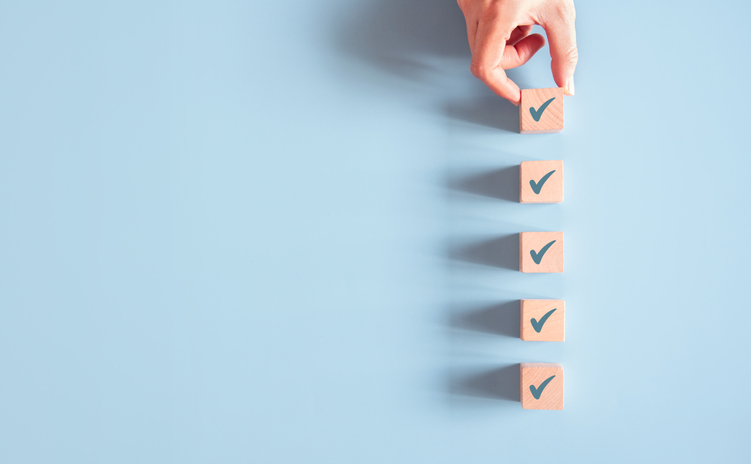 Real estate secondary transactions are hot news this year. It is estimated by investment banks that real estate transactions constituted between $8 billion and $10 billion of secondaries transaction volume in 2021. By February this year, the quantum of deals announced more than twice exceeded that volume.

While real estate may be a natural asset class for the secondary juggernaut to hit next, it often brings with it more direct and indirect tax issues than a more traditional secondary involving only private equity investments. The key issues being:

These challenges may be manageable, but they certainly merit early consideration to make sure there is no mismatch of expectation compared to the relatively vanilla tax treatment that secondaries investors may be more used to.

Real estate is a special asset class as most underlying jurisdictions will impose tax on income and gains realised by non-residents in respect of that asset. The scope of those regimes usually extends to disposals of a real estate rich special purpose vehicles as well as the property itself.

As shown below, this can give often give rise to tax considerations that LPs might not immediately be aware of, as secondary transactions do not usually involve a direct transfer of the underlying asset.

Even where a structure has been set up to be fully transparent for tax purposes this does not necessarily remove the issue. 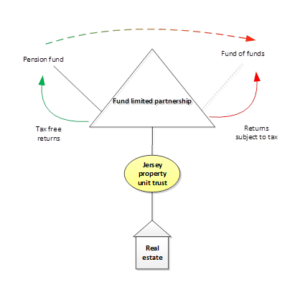 Take the structure opposite: a typical limited partnership fund vehicle that holds units in a Jersey property unit trust (JPUT) holding UK real estate. JPUTs are an attractive real estate asset holding vehicle on the basis that they can be transferred free of stamp duty land tax (SDLT), but can also be transparent for direct tax purposes. This allows UK-registered pension funds, themselves exempt from tax on rental income and gains, to invest in the fund and utilise that exemption.

If, however, such a stake was sold to (for example) a fund of funds, the position would be very different. The buying LPs would have to factor tax into their model – their returns would simply not be comparable to those they see the pension fund achieving – and the transparent nature of the structure would trigger filing obligations for the LPs and their investors (which would often be contrary to the investment policies set out in their own LPA). 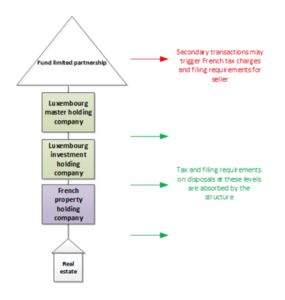 While LPAs do typically contain protections around not triggering tax payment and filing obligations for investors in investee jurisdictions, this will usually be in relation to the structure itself and may not cover the consequences of a secondary transaction.

Take the structure opposite, which is set up such that on a disposal of the asset (be it by way of a direct sale of the property or a disposal of shares of the French company or its Luxembourg parent), the tax and filing obligations will be dealt with within the structure without a direct impact on investors.

A secondary transaction in this structure, however, is still treated as the transfer of shares in a French property-rich company and the selling LP would, without more, be subject to a French tax charge and required to file a tax return in France.

Secondary transactions can also have tax ramifications for the structure itself. 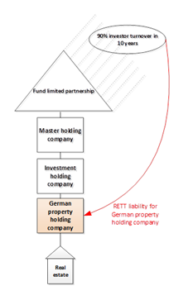 German real estate transfer tax (RETT) can be triggered by the transfer or 90 percent or more of a German real estate owning company, but over a 10-year monitoring period. This means that secondaries transactions of interests in the structure opposite, which are unlikely to meet the 90 percent threshold on a standalone basis, may very well do so when looked at in conjunction with other transactions taking place over the past decade.

The challenge is also a practical one. To even establish whether or not RETT is in point, it is necessary to liaise with the fund manager and perform a due diligence exercise.

And finally, it is generally the German real estate holding company itself that is liable for the tax (rather than the seller and buyer). This means that a secondary transaction could also trigger tax within the structure, thus impacting other investors as well.

The above examples all show that investors and fund managers considering real estate secondary transactions should give some thought to tax early in the process. It could make the difference between an investment performing on plan and one which underperforms expectations.

James McCredie is a partner focusing on investment fund tax at Macfarlanes, while Sarah Shucksmith is senior counsel focusing on real estate funds and their deal and investment structuring.