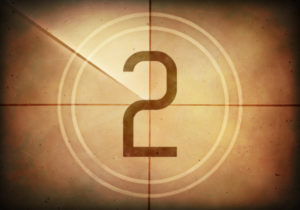 Diversity across strategies and asset classes as well as an increase in GP-led deals were key themes in Secondaries Investor‘s recent secondaries advisory survey.

Credit Suisse, Campbell Lutyens and Rede Partners said around two-thirds of their deal volume was GP-led transactions. Deal volume was defined by purchase price plus unfunded commitments, and only considered transactions that closed in 2015. Data was submitted by advisors, corroborated by four large global secondaries buyers.

Mark McDonald, head of EMEA & Asia Secondary Advisory at Credit Suisse said, “2015 heralded an inflection point in the secondaries market in terms of sustainable transaction volume and diversity across assets, structures, deal types and buyers. On the advisory side, it’s more solutions-driven in part because of the availability of capital, but also due to the increasingly entrepreneurial nature of buyers.”

The top three, Greenhill Cogent, Campbell Lutyens and Evercore, advised on approximately 92 transactions representing between $17 billion to $20 billion among them.

Firms including Park Hill, UBS, Lazard, Setter Capital, Triago, Sixpoint Partners and Houlihan Lokey either declined to disclose their activity or did not respond.

Advisors also saw an increasing variety of strategies and asset classes, notably in real assets and energy funds. Over a third of Campbell Lutyens’ deals were in infrastructure, while the rest were private equity. The firm, which worked on 18 deals in 2015, saw an increase in GP-led deals as well as a change in seller type, with over 80 percent of its clients being discretionary sellers.

“Within those GP-led transactions, over a third were fund of funds managers seeking liquidity on older vehicles,” said Thomas Liaudet, a partner at the firm. LP fund portfolios comprised mainly tail-end funds, and the firm also advised on a public pension fund’s large portfolio sale which almost a third 2010- to 2012-vintages, he said.

About 15 percent of Cebile Capital‘s deals by dollar volume were real assets, with venture accounting for 20 percent and the remainder being buyout. The London-based firm’s deals were either traditional LP stakes or direct secondaries transactions.

Credit Suisse had a high level of diversity across deal types, with 60 percent to private equity, 15 percent to real estate, 15 percent to hedge funds and 10 percent to infrastructure. The range of instruments widened across the assets classes in 2015, and included GP-led deals. The firm also saw a larger buyer universe.

“GP-led transactions such as restructurings and liquidity options, if managed correctly, have proven they can make economic and logical sense for all stakeholders,” McDonald said.

London-based Elm Capital‘s deals comprised solely LP fund stakes, 90 percent of which were buyout funds. The firm worked on 17 deals that closed in 2015.

Evercore had the greatest diversity across strategies out of all advisors surveyed, with 57 percent focused on buyout and growth, about 10 percent to VC and early stage, about 9 percent to direct portfolios, about 10 percent classified as ‘other’, and the remainder containing infrastructure and real estate, according to Nicolas Lanel, managing director and European head of private capital advisory. LP stakes accounted for 80 percent of the firm’s work, with the rest going to GP-led deals including direct portfolios.

Cogent’s 51 deals were about 90 percent traditional limited partnership fund stakes and 10 percent to GP-led transactions by dollar value, according to managing director Bernhard Engelien. By number of funds sold, buyout accounted for almost half the firm’s volume, followed by venture at 27 percent, real estate at 16 percent, mezzanine/distressed at 5 percent, fund of funds at 4 percent and energy/infrastructure at 1 percent.

Rede, which declined to disclose the dollar value of its deals, worked on 15 percent infrastructure and 17 percent venture capital funds, with the remainder being buyout.