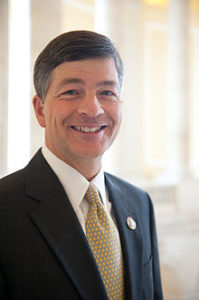 The Dodd-Frank Act will be dismantled in the first year of the Trump presidency, but the process is not a priority for the first 100 days, according to House Financial Services Committee chair Jeb Hensarling.

He added a lot of the law could be dismantled through executive action by Trump, and using reconciliation, a parliamentary maneuver that allows for passing legislation with only 51 votes in the senate.

Hensarling is the driving force behind the current Financial Choice bill, a comprehensive piece of legislation that would roll back much of Dodd-Frank, and limit the powers of the Consumer Financial Protection Bureau.

Among other things it calls for the Volcker Rule, which states banks may only hold 3 percent of their tier 1 capital in private investments, to be scrapped.

A hearing on a second bill, the Financial Regulatory Improvement Act, has been held by the House Banking Committee. This act would exempt banks with less than $10 billion in assets from the Volcker rule.

The Federal Reserve recently extended the Volcker Rule compliance deadline by five years. Banks that can demonstrate they have made a “good-faith effort” to meet the original deadline of July 2017.