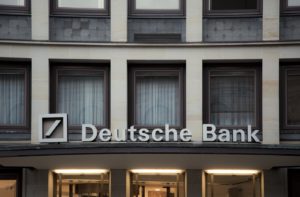 Deutsche Bank‘s entire secondaries team is spinning out into a new firm, Secondaries Investor has learned.

The firm is Glendower Capital, according to filings with the UK’s Companies House, and counts among its employees senior executives of the German bank’s DB Private Equity unit.

Glendower has a 17-member team and is a “privately held investment firm focusing on secondary private markets with a flexible and opportunistic investment approach”, according to its website.

The filings list at least four of Glendower’s partners as:

According to an investor source, Deutsche is “entering into an advisory agreement with Glendower Capital to provide continuous portfolio management to the secondaries opportunities programme of approximately $3 billion”.

The spin-out will be effective from August and Glendower is 100 percent owned by five partners from Deutsche, the source added.

DB Private Equity is investing its third secondaries vehicle, the 2014-vintage DB Secondary Opportunities Fund III, which closed on $1.7 billion. The unit has been active in fund restructurings over the past 12 months, including a transaction involving healthcare-focused Enhanced Equity Funds’ 2005- and 2010-vintage vehicles,  the restructuring of Swiss investor Zurmont Madison’s 2007-vintage vehicle, and the restructuring of GMT Partners II, a 2006-vintage buyout fund.

Limited partners in SOF III include Kentucky Retirement Systems, with a $100 million commitment, and Austin Firefighters’ Relief and Retirement System Public Pension Fund, with $10 million, according to PEI data.

Deutsche is no stranger to spinouts. In February 2016 the bank teamed up with Goldman Sachs Asset Management to buy the National Bank of Greece’s private equity holdings, finalising the spin-out of NBG’s private equity unit. NBGI Private Equity, which invests in venture, growth capital, buyout and real estate funds in Europe and North America, continued to manage the funds and rebranded to Stage Capital last October.