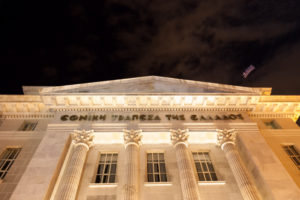 NBG will sell 100 percent of its interests in 11 limited partnerships managed by NBGI Private Equity for €288 million, according to a statement. NBGI, which invests in venture, growth capital, buyout and real estate funds in Europe and North America, will continue to manage the funds and the deal is expected to close in the first half of this year.

“This has been a complex transaction to negotiate and would not have been possible without the hard work and constructive approach of NBG,” Chi Cheung, head of secondaries Europe at DB Private Equity, said in an emailed statement.

It is understood that the deal took 18 months to complete due to external factors including national elections in Greece and the economic crisis there, which prolonged efforts to close the transaction.

GSAM and DB Private Equity, which is the alternative asset manager of Deutsche Asset & Wealth Management, split the deal evenly, according to a source familiar with the transaction. The partners found the deal particularly attractive because of the real estate assets, with both buyers having expertise in the asset class, the source added.

Greenhill Cogent advised on the process, with Proskauer Rose acting as legal counsel, according to the the statement. Credit Suisse was also brought on as an advisor to give a fairness opinion to NBG, according to the source.

In 2014 advisory firm Cogent Partners, which became Greenhill Cogent in 2015, was given the mandate to find a buyer for NBG’s stakes, according to the source. In April 2014, Secondaries Investor reported that the bank was looking to sell its stakes if it received a bid of around €300 million.

NBGI was formed in 2000 and invests in deals between £5 million ($7.3 million; €6.5 million) to £50 million with an equity investment between £2 million and £15 million, according to PEI’s Research and Analytics division. The unit has offices in London, Paris and Istanbul.