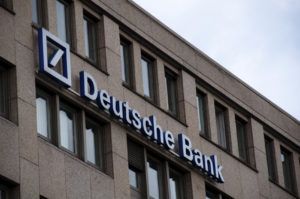 Deutsche Bank’s DB Private Equity has collected $293 million for its DB Secondary Opportunities Fund III, according to documents filed with the US Securities and Exchange Commission on Monday.

About $234 million of the capital has been collected in a private client feeder fund for US investors and the remaining $59 million has been raised in a separate vehicle for international investors.

DB Secondary Opportunities Fund III launched earlier this year with a $1 billion target, according to PEI’s Research and Analytics division. Deutsche Bank did not return a request for comment by press time.

Another 40 percent came from German investors, including insurance company Wurttembergische Versicherung AG and the remaining 20 percent came from limited partners in Europe, the Middle East, Africa and Asia Pacific. The group’s debut Secondary Opportunities Fund raised $775 million in 2007, according to PEI’s Research and Analytics division.

DB Private Equity is part of Deutsche Bank’s Asset and Wealth Management division and manages more than $10 billion of client assets under management.  The group has offices in Cologne, London, New York and Singapore, according to its website.