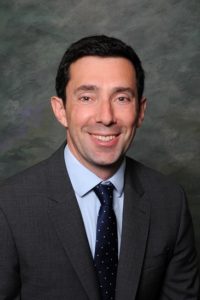 Deutsche Asset Management continues to rebuild its secondaries team with the appointment of Daniel Green as EMEA head of private equity secondaries.

Green joins from Meketa Investment Group where he led EMEA investment activities across primary private equity and real assets, secondaries and co-investments, according to a statement from Deutsche.

Before Meketa, he was the founding partner of Gorst Capital where he originated and executed private equity investments for institutional investors.

Prior to that he spent 13 years with Greenpark Capital, a UK-headquartered secondaries private equity fund manager, rising to the position of chief investment officer. He left when the firm was acquired by StepStone Group in October 2013, as Secondaries Investor reported.

Green as Deutsche is aiming to capitalise on under-served and difficult-to-access secondaries market opportunities as well as “unique private market situations”, the statement noted.

The appointment of Green is the second significant hire in Deutsche’s process to rebuild its secondaries team after the original team span out to form Glendower Capital in July.

Deutsche has €77 billion in private market assets, of which €2 billion is in secondaries, the statement noted.