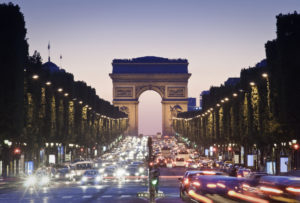 Details have emerged about the identifies of firms who backed a GP-led process that helped Tikehau Capital grow its third-party investor base.

LGT Capital Partners and Montana Capital Partners were among nine firms to invest in the sale of six growth-stage assets off the French alternatives manager’s balance sheet into a separate fund, according to two sources with knowledge of the deal. The fund is €240 million in size, €30 million of which is follow-on capital.

The investors also made a blind-pool commitment of undisclosed size to Tikehau Growth Equity Fund II. That fund had raised €370 million as of end-December, Tikehau said in a February statement about its 2019 financial activity.

Secondaries Investor reported in October that Five Arrows, the secondaries unit of Rothschild Merchant Banking Group, was leading the process.

Investors were given the choice of buying in on the same 2:1 secondary-to-primary ratio as Five Arrows, and Tikehau reserved the right to reduce their holding if investors came in offering more primary capital, according to one of the sources. The blended ratio was close to 1:1.

Tikehau, which has €23.4 billion in AUM and is listed in Paris, has traditionally invested in private equity, private credit, real estate and other alternative asset classes using its balance sheet. In recent years it has been expanding its third-party capital.

Tikehau, Flow Advisors and Montana declined to comment on the deal. LGT did not respond to a request for comment.