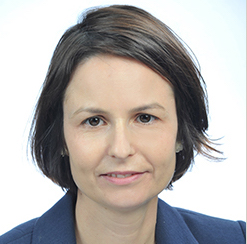 Sally Gibson’s promotion as partner at law firm Debevoise & Plimpton became effective this week, according to a statement.

In her new role, effective 1 July but first announced in April, she will focus on advising sponsors of private investment funds, including secondaries funds. She is based in the firm’s London office.

She has extensive experience working with clients to navigate the regulatory issues affecting private equity and fund management sectors. She also advises on the restructuring of English investment managers and investment advisers and the acquisition of fund management groups.

Gibson, who joined the firm in 2008 and was promoted to international counsel in 2012, is also a member of the technical committee of the European Private Equity & Venture Capital Association. Prior to joining the firm, she worked in the investment funds practice of Freshfields Bruckhaus Deringer, and has also worked for the Australian law firm, Mallesons Stephen Jaques, in its financial services group.

Debevoise advised on $2.83 billion-worth of secondaries transactions across 23 deals in 2014.