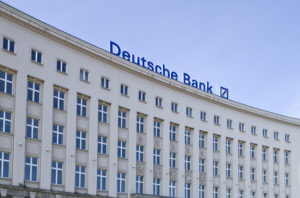 DB Private Equity, Deutsche Asset & Wealth Management’s alternative investment manager, has invested about 40 percent of its latest dedicated secondaries fund, which closed on $1.7 billion a year ago, according to a source familiar with the matter.

The firm has made about eight deals so far from DB Secondary Opportunities Fund III, which invests in global secondaries, and plans to stretch its investment period over about four years, the source added.

Investors in the funds include a mix of sovereign wealth funds, endowments, corporate pension funds and high net worth individuals. Kentucky Retirement Systems has committed $100 million to DB SOF III, and Public School Retirement System of the City of St Louis has also invested in the fund, according to PEI’s Research and Analytics division.

DB Private Equity, which engages in about 10 to 15 deals per year across its secondaries platform, has seen a major shift towards more complex deals compared with about five years ago, the source said.

DB Private Equity’s non-traditional secondaries deals typically involve restructurings where the carried interest may need to be reset, transactions with deferred payments or acquisitions of portfolios of tail-end fund stakes.

DB Private Equity was the result of the 2010 merger between Sal Oppenheimer Private Equity Partners, the private equity group of Deutsche Bank Private Wealth Management and RREEF’s secondaries team. The latter had been Rosenberg Real Estate Equities Fund before it was acquired by Deutsche in 2002.

The unit focuses on primary fund of funds, secondary opportunities and direct equity co-investments globally across private equity, private debt, real estate and infrastructure, according to its website. The alternative assets unit invests across various tiers of quality of fund stakes and dedicates about $3 billion of its $11.9 billion in assets under management to secondaries.