Secondaries funds to have reached final close this year spent longer in the market than those that closed last year, according to PEI data.

Vehicles that closed in 2017 took an average of 13.5 months from launch to final close, compared with 11.5 months for those which closed last year. Based on funds for which there is complete data, the mean size of funds that closed this year was $1.8 billion, compared with $1.2 billion in 2016. 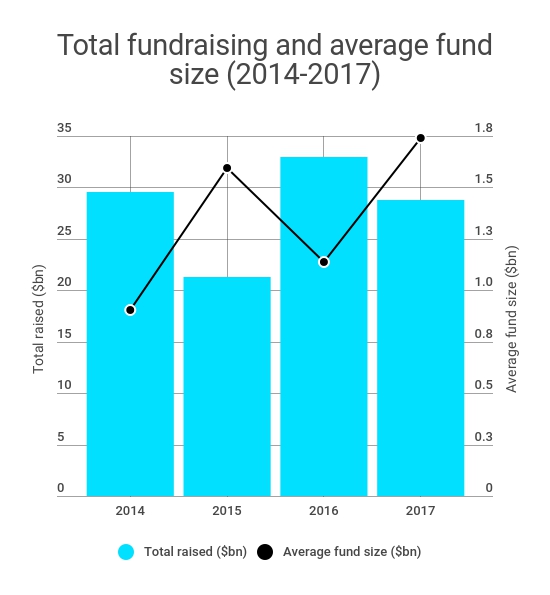 The average secondaries fund to have closed in 2015 was in the market for 14 months, according to PEI data, and had a mean size of $1.6 billion.

Below are the 10 largest funds to close so far this year.