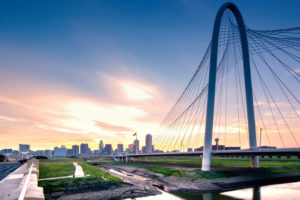 Dallas Police & Fire Pension System (DPFP) is exploring the sale of fund stakes held in its private investments portfolio and has received bids from 19 potential buyers in a process run by Evercore.

The Texas pension, which had to stop allowing withdrawals on 8 December amid plummeting returns, was expected to authorise the sale at its board of trustees meeting on the same day, agenda materials show.

The portfolio DPFP wanted to offload had a net asset value of $613.9 million as of 30 June and comprised 37 fund stakes across infrastructure, energy, buyout, growth, special situations and real estate strategies, according to a document prepared by Evecore. It has $277.8 million of unfunded commitments.

The advisory firm conducted preliminary conversations with 59 prospective buyers and received bids from 19, the majority of which were for portions of the portfolio. The process formally launched on 31 October, according to Evercore’s document.

The firm ran a one-stage auction process and potential buyers had until 22 November to submit bids. Interested buyers could bid on the entire portfolio, parts of the portfolio or single interests.

The bid deadline for one fund was extended to 2 December to allow some potential purchasers time to complete their underwriting.

DPFP’s private markets investments were valued at $1.6 billion as of 30 June and accounted for almost 60 percent of its total portfolio, according to its latest quarterly performance report. Real estate accounted for the biggest portion of the pension’s private markets portfolio at 39 percent, with private equity at 27 percent, infrastructure at 11 percent and private debt at 5 percent.

Private investments had delivered an annualised internal rate of return of 1.22 percent and a 1.05x total value to paid in multiple since inception to the end of the second quarter of 2015.

The pension’s total portfolio value decreased by almost 13 percent last year, net of fees, due to lacklustre performance in real estate and private equity, according to its 2015 annual report. Those asset classes posted losses of about 32 percent and 20 percent, respectively.

In July, the pension lost its chief investment officer, James Perry, when he left after just over a year to join fund administration provider Maples Fund Services.

Evercore and DPFP did not return requests for comment by press time.

– Meghan Morris and Andrew Hedlund contributed to this report.