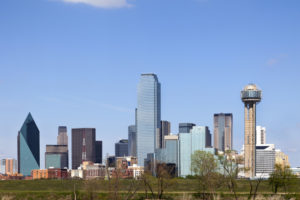 Secondaries sales at Dallas Police and Fire Pension System (DPFP) continued in March with nine transactions generating around $70 million in cash inflows for the pension.

Last month sister publication Private Equity International reported that DPFP was planning to sell stakes in 10 funds, which include all the nine transactions that ended up closing. The one remaining fund on the list that did not sell is Lone Star Fund III, a 2000-vintage real estate fund where DPFP’s stake was valued at almost $50,000 as of 30 September.

Based on the September valuations – the most recent figures available – it appeared DPFP sold each of the nine stakes last month at a discount.

The $2.1 billion pension fund first announced plans to make secondaries sales of fund stakes from a private investment portfolio worth $613.9 million in December, as reported by Secondaries Investor.

Including previously reported sales and the nine most recent ones, DPFP has realised $244.9 million so far. The latest monthly report did not provide details about any future sales.

As of 31 March, DPFP held $421 million in cash, accounting for 20 percent of its total fund and well-above its 2 percent target allocation. DPFP initially sought to raise cash via asset sales and termination of some manager relationships for potential cash flow needs, and although those needs have subsided recently, its investment consultant NEPC recommended that the pension hold on to those excess cash assets.

On Wednesday Texas’s House Pensions Committee unanimously passed a bill to bail out DPFP, as reported by Dallas News. The bill will now move to the full House.